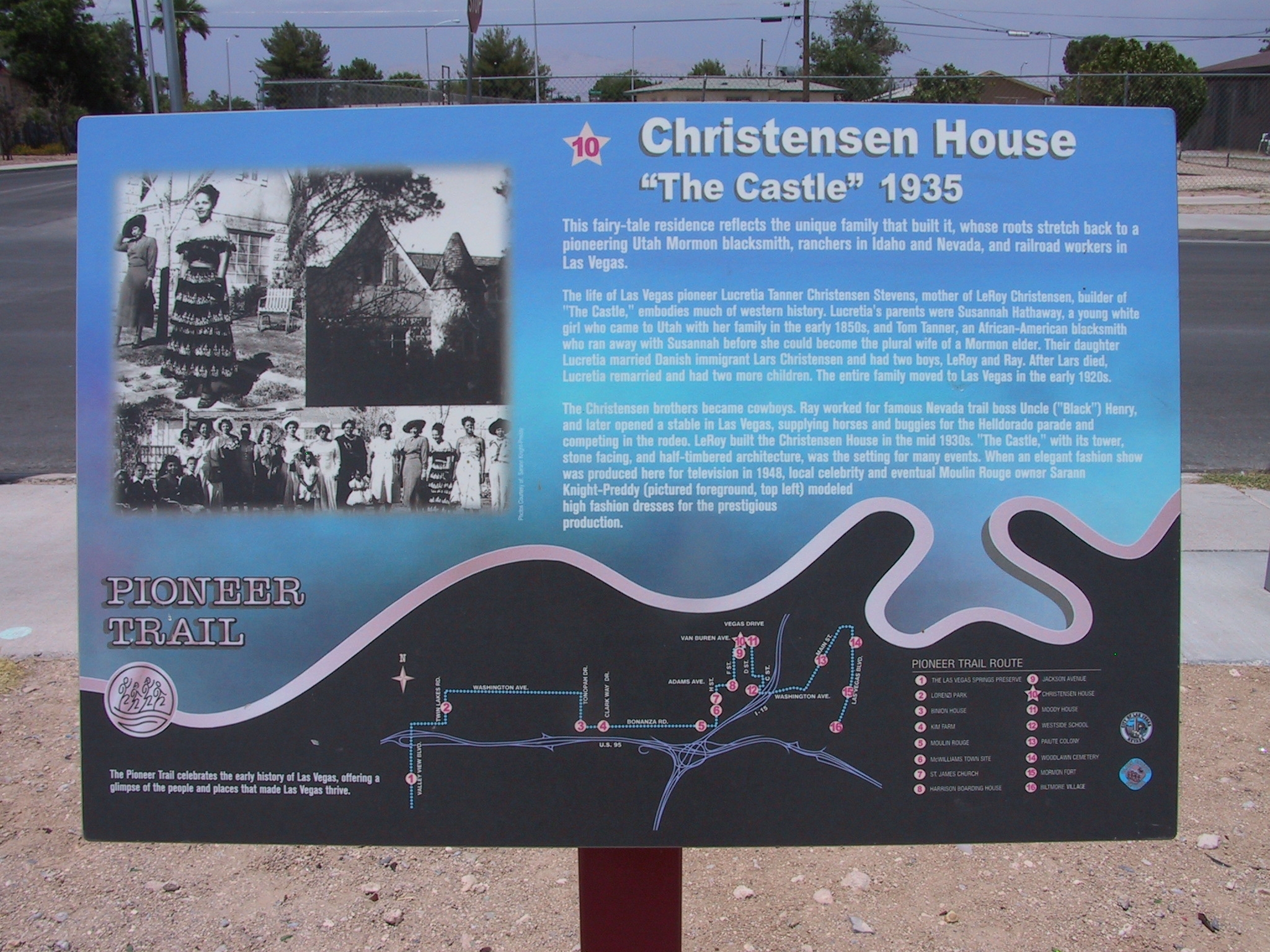 This fairy-tale residence reflects the unique family that built it, whose roots stretch back to a pioneering Utah Mormon blacksmith, ranchers in Idaho and Nevada, and railroad workers in Las Vegas.

The life of Las Vegas pioneer Lucretia Tanner Christensen Stevens, mother of LeRoy Christensen, builder of "The Castle," embodies much of western history. Lucretia's parents were Susannah Hathaway, a young white girl who came to Utah with her family in the early 1850s, and Tom Tanner, an African-American blacksmith who ran away with Susannah before she could become the plural wife of a Mormon elder. Their daughter Lucretia married Danish immigrant Lars Christensen and had two boys, LeRoy and Ray. After Lars died, Lucretia remarried and had two more children. The entire family moved to Las Vegas in the early 1920s.

The Christensen brothers became cowboys. Ray worked for famous Nevada trail boss Uncle ("Black") Henry, and later opened a stable in Las Vegas, supplying horses and buggies for the Helldorado parade and competing in the rodeo. LeRoy built the Christensen House in the mid 1930s. "The Castle," with its tower, stone facing, and half-timbered architecture, was the setting for many events. When an elegant fashion show was produced here for television in 1948, local celebrity and eventual Moulin Rouge owner Sarann Knight-Preddy (pictured foreground, top left) modeled high fashion dresses for the prestigious production.

Called “the Castle,“ this fairy-tale residence reflects the unique African American woman Lucretia Tanner Christensen Stevens who built it, and whose roots stretch back to a pioneering Utah Mormon blacksmith, ranchers in Idaho and Nevada, and railroad workers in Las Vegas. The house is unique in Las Vegas with its faux half-timbering, tower and rock facing.