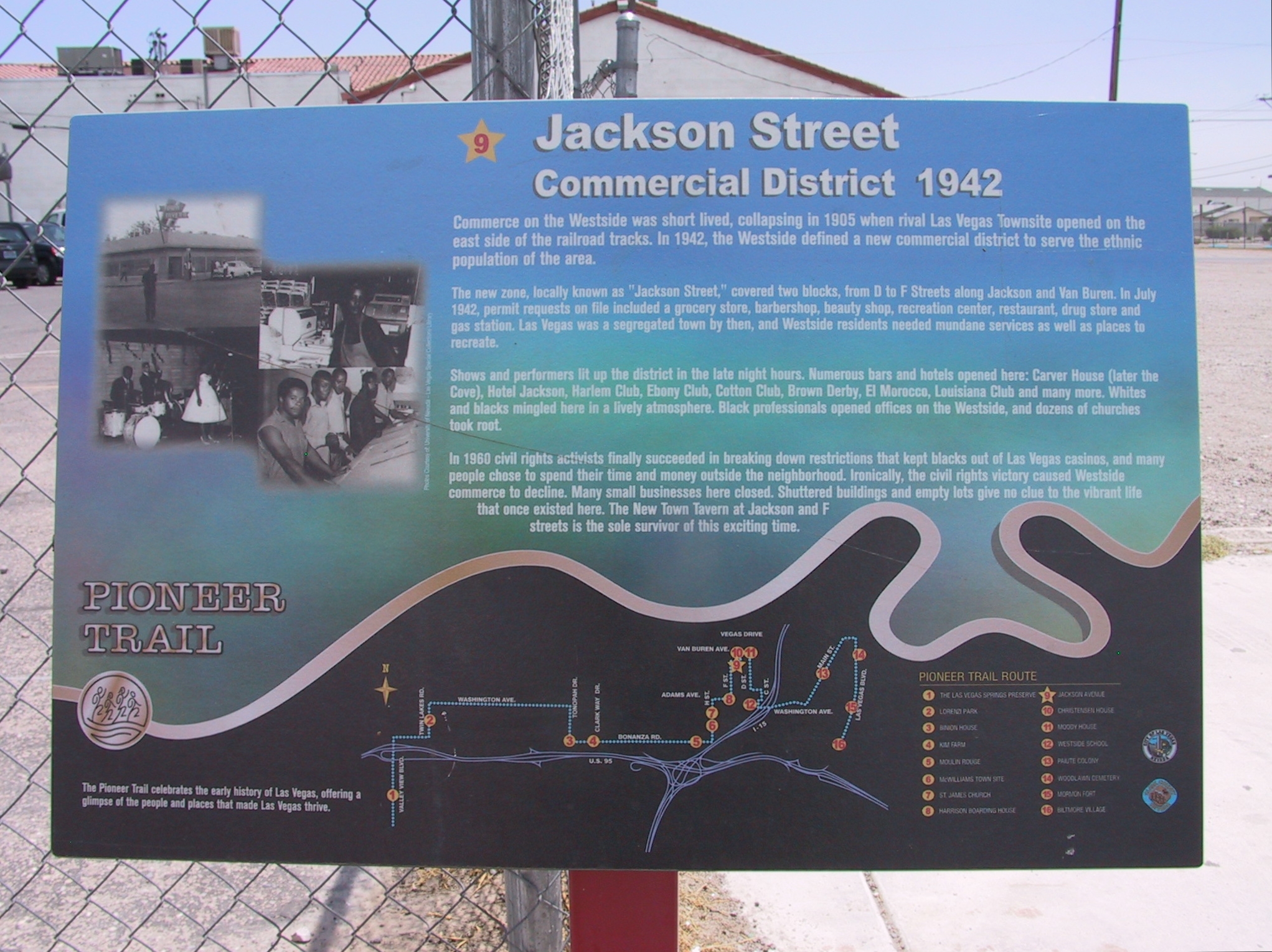 Commerce on the Westside was short lived, collapsing in 1905 when rival Las Vegas Townsite opened on the east side of the railroad tracks. In 1942, the Westside defined a new commercial district to serve the ethnic population of the area.

In 1960 civil rights activists finally succeeded in breaking down restrictions that kept blacks out of Las Vegas casinos, and many people chose to spend their time and money outside the neighborhood. Ironically, the civil rights victory caused Westside commerce to decline. Many small businesses here closed. Shuttered buildings and empty lots give no clue to the vibrant life that once existed here. The New Town Tavern at Jackson and F streets is the sole survivor of this exciting time.

In the 1940s and 1950s, this commercial district bustled with a grocery store, barbershop, beauty shop, recreation center, restaurant, drug store and gas station, created to serve the segregated black population. Numerous bars and hotels hosted shows and performances that lasted well into the late night hours. When restrictions that kept blacks out of the Las Vegas casinos were lifted, many of the small businesses closed. The New Town Tavern at Jackson and F streets is the sole survivor of this exciting time.